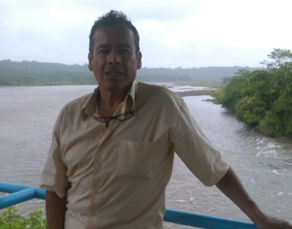 Accelerated climate change, especially since the last half of the twentieth century, is an additional challenge for the indigenous peoples of the Amazon, who depend directly on the resources of the territory. These include subsystems like agriculture (itinerant, semi itinerant and localized) art of hunting, art of fishing and silviculture. The space where humans unify themselves with nature (abiotic and biotic) allows the weaving of networks of territoriality, “spatial memory of social and communal time.”

The mentioned territoriality is affected by externalities coming from the capitalist market, whose most notable vertex is the production of CO2 and CH4, among others, which accelerates an exponential climatic change, reducing its capacity for biological and integral culture reproduction (techno / eco / productive-social / communal and ideological / political). Therefore, the indigenous peoples resort to multi-strategies to conserve their subsystems, interacting in different spaces, places and temporalities, in agriculture, and keeping prudence with the temporo-spatial reproductive cycles of the other subsystems (hunting, fishing and gathering), practices of multiple use that in addition to allowing their survival reaffirm their identities.

Freddy Eliseo Michel Portugal is an anthropologist and archaeologist. With a masters in Agricultural Development; International Integration; and, Socio-Environmental Studies; he has two graduates in Higher Education and in Andrés Bello Chair. Portugal has been teaching at university for 28 years and 26 in postgraduates.
Three times Director of Anthropology and Archeology Careers and three times Director and founder of the Institute of Anthropological and Archaeological Research; Dean, Faculty of Social Sciences all at the Universidad Mayor de San Andrés de La Paz – Bolivia. Currently a professor Researcher at the Central University of Ecuador.