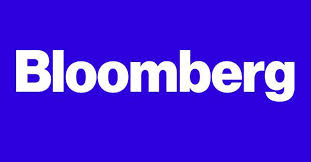 Nimtshreng Lepcha seeps medicinal leaves in cow urine and sprays the brew over his tomatoes. It’s the main way pests are repelled on his farm in the Himalayan foothills and across the northeastern state of Sikkim, the first in India to go fully organic.

For more than a decade, Sikkim’s 66,000 farmers have shunned chemical weed killers, synthetic fertilizers and gene-altered seeds. Their return to traditional farming methods has made the tiny state, sandwiched between China, Nepal and Bhutan, a testing ground for a counter movement to the Green Revolution, the half-century-old system that relied on modern seeds, chemicals and irrigation to boost crop yields and stave off hunger.

“Other states can take a lead from Sikkim,” Modi told political leaders in the nearby state of Meghalaya last month. “The North East can become the organic food basket for this country. Organic products are going to be increasingly used widely,” he continued, and the practice “will contribute immensely to the income of the people and the region.”

India already has some 650,000 organic producers—more than any other country. Expanding the industry could boost employment by 30 percent through recycling resources, and certifying, marketing and packaging products, a parliamentary committee said in a report in August, without giving a time frame. Farmers in more than a dozen states, including Kerala, Karnataka, Rajasthan and Modi’s home state of Gujarat, are embracing organic farming.

India isn’t the only country looking for alternative ways to nourish its people. The United Nations’ new development agenda, which began in January, calls for more sustainable food production systems and the implementation of resilient agricultural practices that increase production, help maintain ecosystems and progressively improve land and soil quality.

“Poor farmers who cannot afford the inputs for intensive agriculture can benefit most from adoption of organic methods,” said Anil Markandya, a British environmental economist, who has advised international development banks, the UN, European Union and the governments of India and the United Kingdom.

Farmer Lepcha, who also grows maize, cardamom, cauliflowers, carrots, radishes and pumpkins on 2 hectares (5 acres) in Lower Nandok, abandoned his father’s farming practices 20 years ago, returning instead to the natural cultivation methods of his grandfather. The rewards from organic farming aren’t just monetary, he said.

“This field has given us enough of the best-quality food for my family and enabled me to provide higher education for three of my children,” said Lepcha, 56. “We all are in good health and stamina. I don’t remember when we last purchased medicines.”

Soils are nourished with composted cow manure and other organic matter, while pests are managed with the cow-urine spray brewed for three months, he said. In the colder months, Lepcha grows vegetables under clear plastic domes that trap heat and moisture, and are fitted with sprinklers for irrigation.

Crop yields fell in the first few seasons after he stopped using conventional fertilizers and chemicals, but then increased as the fertility of his soil improved, he recalled. These days, Lepcha earns more than 400,000 rupees ($6,000) a year.

“I am getting profit with low input costs and higher margins,” he said.

Benefits of organic farming include less pesticide-related illness, improved household nutrition and gender equality, said Markandya, who is the former scientific director of the Basque Centre for Climate Change in Spain. Last year, he edited a 415-page report on organic agriculture for the Asian Development Bank.

“I don’t see organic agriculture replacing conventional, intensive agriculture, but as an important complement to it,” Markandya said. “There are many places where producers can benefit from adoption of such methods, and the demand for organic products is growing—not only in the rich countries, but also inside India.”

Growing health consciousness among India’s middle-class consumers is fueling demand, TechSci Research said in a report last August. It predicts the organic market will expand more than 25 percent annually to cross $1 billion by 2020.

“Consumers want it even though there is a premium attached to it,” said Renzino S. Lepcha, chief operating officer of Mevedir, a non-government organization in the Sikkim capital, Gangtok, that helps farmers to grow, certify and sell their organic produce.

Organic goods typically fetch about 20 percent more than conventionally grown products, according to Lepcha, who is not related to farmer Nimtshreng Lepcha. “This is creating jobs, an avenue and a market. This is favoring farmers and India.”

Sikkim achieved organic certification of 74,190 hectares (183,000 acres) of agricultural land last year, the culmination of a movement that began in 2003.

“The start was not smooth,” said S. Anbalagan, executive director of the Sikkim Organic Mission, in an interview in his office in Gangtok. “We struggled to provide farmers required knowledge and infrastructure.”

Birds and the Bees

With those problems behind them, farmers are now expanding into poultry, bee-keeping and other areas of livestock production, while the state focuses on improving services, including marketing, cold storage and transportation, he said. “Whatever Sikkim has achieved, it has done it mostly on its own,” Anbalagan said.

Organic exports will be bolstered by an airport in Sikkim, Modi said in January at an organic festival and conference. Discussion at the meeting “set the tone for a new holistic vision for the country’s agriculture,” he said. “The winds of this organic effort would now spread across the country.”

Modi’s government has earmarked 4.12 billion rupees ($61 million) for spending on organic farming in the year ending March 2017. It’s promoting organic fertilizer and says the use of natural nutrients could defray part of the 700 billion rupees India spends each year on fertilizer subsidies.

With the second-highest number of undernourished people in the world and an annual food requirement set to increase by almost 20 percent to 300 million tons by 2025, India’s needs won’t be met with organic farming, according to Shanthu Shantharam, a scientist who helped formulate the country’s agricultural biotechnology regulations in the 1990s.

“In many ways, organic farming is a romantic idea that won’t work,” said Shantharam, who teaches plant biotechnology at the Iowa State University. He argues that organic production is impractical on a mass scale because of inadequate supplies of organic fertilizer and the lower crop yields resulting from organic farming. “India cannot meet its food security obligations if the entire nation goes organic. Organic is good as a kitchen garden.”

Product integrity is also a challenge for India’s organic industry, he said. “Whether organic rules are strictly followed or not, they slap an organic label on it and sell it a premium price,” Shantharam said. “Their niche market is urban elites who have lots of cash jingling in their pockets, and who want to buy organic just to feel good.”

At the Sikkim Organic Market in Gangtok, vendor Birbal Rai says it’s mostly the health-conscious who are aware of the advantages of organic products and are buying from his stall. “Others turn away when they see the price difference,” Rai said. Still, “the demand for the organic foods is gradually picking up.”

About 40 kilometers away, Vivek Cintury has set up a business to process ginger and turmeric, and dreams of becoming one of his country’s biggest organic exporters. “After overcoming some difficulties, like a lack of cold storage and residue-testing laboratories in Sikkim, we have started making a profit,” Cintury, 29, said. “This inspires me to expand the business.”

Environmental activist Vandana Shiva says organic farming provides a solution to conventional “chemical farming” promoted since the late 1960s’ Green Revolution, which she says, leads to $1.2 trillion a year in environmental and social costs in India.