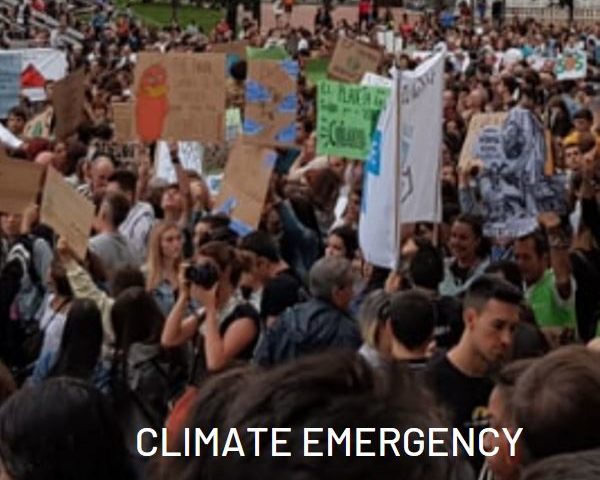 As world leaders meet in New York at the Climate Action Summit and as social and youth demands escalate prior to the Global Climate Strike next 27 September, the Basque Centre for Climate Change (BC3) joins the climate emergency declaration adopted by multiple academic, social and political institutions.

BC3 is a research centre founded in 2008 for the purpose of contributing rigorous objective research on climate change through a multidisciplinary approach. In addition, BC3 firmly believes that the most effective research to achieve real changes is that which is done in cooperation with the players involved. Contributing towards confronting the climate crisis is our reason for existing.

The scientific community to which BC3 belongs has no doubts in this regard: we are in the midst of an unprecedented global climate crisis. This crisis requires swift large-scale mobilisation by governments, companies and citizens to counteract and reverse its impacts and risks to an acceptable degree. The scientific reports of the Intergovernmental Panel on Climate Change are very clear and point out that we need to change our development model, in particular, our fossil fuel-based energy systems. The time frame for such a transition to meet the Paris Agreement objectives is getting increasingly shorter. At our current pace, we will have exceeded the limit of 1.5 degrees Celsius in 10-15 years. According to the IPCC, to limit damages and comply with the Paris Agreement, the best science available tells us that global emissions must be halved by 2030 and must approach zero by 2050, which gives an idea of the challenge for the next few years.

BC3 therefore subscribes the urgency expressed by the IPCC and supports all those initiatives aiming to underscore the seriousness of the situation through a climate emergency declaration and taking the pertinent action.

The declaration of climate emergency by governments and parliaments is an opportunity for action. However, BC3 wants to point out that, for a climate emergency declaration to be effective, it must be accompanied by strong, specific and urgent measures so that citizens may see how they can revert the situation and adopt such intention.

Lastly, BC3 wants to underscore that the measures necessary to revert the climate crisis are not just necessary; managed properly, they can also serve as opportunities to rebuild and improve our economies and societies along more solid foundations. It is necessary for our development model to resume operating within the physical planetary restrictions, helping to preserve and recover our ecosystems while also working within social limits, helping to reduce inequality and be prepared so that the effects of such a transition may be equally or fairly distributed.

The world leaders meeting in New York this week at the Climate Action Summit have the chance to act accordingly and listen to the demands of the youth, who want a better future and are asking them to act in accordance with the warnings of the scientific community.

In this sense, the BC3 commitment is to continue promoting a research of excellence on the subject of climate change and to remain at the service of society, pushing those lines of work that can have greater impact. Likewise, we will increase our efforts to promote knowledge transfer to society and to decision-makers, so that the climate crisis may be confronted with the best scientific knowledge.

We are aware that any effort, however small, adds up, and for that reason, we undertake to implement an integrated plan to reduce our emissions, not only as BC3 workers, but also as responsible citizens aspiring to promote more sustainable lifestyles through our example.