BC3: change of headquarters for a new stage 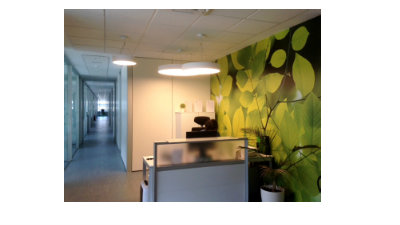 This week the BC3 (Basque Centre for Climate Change – Klima Aldaketa Ikergai) scientific group completes its change of headquarters to the University of the Basque Country Scientific Park. As of 1st June, the research and administrative teams, with their combined 42 members, will have taken up their positions in the new headquarters.

BC3 is the first BERC centre (Basque Excellence Research Centre) dependent on the Department of Education, Language Policy and Culture, to move into the new University venue, an infrastructure offering the best conditions for developing high-level research work and providing scientific agents with cutting edge facilities.

Reinforcements for a new era

From its new headquarters and drawing on the synergies generated by the location, BC3 aspires to plan and develop its contributions to climate change research at a moment of particular importance.  Following the Paris Climate Summit in 2015, the new “post-COP21 era” sets out numerous challenges, mainly the implementation of specific measures making it possible to achieve the objectives agreed in. Paris, that supposed a milestone in the history of multilateralism, largely thanks to the contributions of multi scientific disciplines in these recent years. Climate change has scaled the rungs of political agendas all over the world, and to manage its contribution in this stage, BC3 has strengthened its capacities with the incorporation of the new Scientific Director, Prof. María José Sanz, who has extensive experience in the academic field and in the orientation of international policy, among others, at centres such as the FAO (Food and Agriculture Organisation of the United Nations) and the UNFCCC (United Nations Framework Convention on Climate Change).

BC3 is a Basque Excellence Research Centre, created in 2008 in the framework of the Basque Government BERC strategy, with the support of the University of the Basque Country. Its objective is to promote long-term research excellence on the causes and consequences of climate change, contributing, through science, to enriching these policies and facilitating their application in a regulatory framework consistent with the protection of the Planet.

In only seven years, BC3 has succeeded in consolidating its position as an international benchmark. In 2014 it was recognised as the world’s second most influential Think Tank in the field of climate change economics and policy by the ICCG (International Center for Climate Change Governance), in a ranking which analyses 295 of the most relevant public and private organisations at international level.

In 2016, BC3 is participating in more than 50 research projects, with public and private funding, obtained through competitive tenders, a large percentage of which are international. The centre is currently working on 7 of the new European HORIZON 2020 programme projects, organised in the framework of the centre’s 4 lines of research: Low Carbon, Climate and Natural Environment, Health and Climate and Climate Policy.