Ikerbasque reasearcher in BC3, Unai Pascual, one of the international experts who approved the IPBES biodiversity report, at a major UN conference for Biodiversity later this year 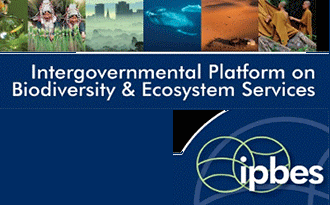 After almost three years investigating on the current situation of biodiversity in the world, the last IPBES report was approved last week in Medellin, Colombia by the governments of 129 member nations. The study aims to provide a knowledge base for global action on biodiversity, following examples such as that from the UN’s Intergovernmental Panel on Climate Change, whose knowledge is used by policymakers to set carbon emission targets.

During this international encounter -which counted on with the Ikerbasque Research Professor at BC3, Unai Pascual, among 500 experts from over 100 countries- the IPBES also agreed to launch a 3-year assessment on values of biodiversity for humankind and the sustainable use of wild species.

Divided into four regional reports, with an assessment on land degradation and restoration, the IPBES has produced the most ambitious biodiversity study carried out in more than a decade, and it will be used to inform decision-makers at a major UN conference later this year. Signatories to the Convention for Biodiversity will meet in Sharm El-Sheikh (Egypt) in November to discuss ways to raise targets and strengthen compliance of biodiversity conservation.

According to the evidences collected on the report, unsustainable exploitation of the natural world threatens food and water security of billions of people. The hundreds of experts involved in the IPBES reports  also stressed the close connection between climate change and biodiversity loss, which are adversely affecting each other. By 2050, IPBES warns that climate change and land-conversion are the main key driver of global biodiversity loss and its negative impacts on human well-being.