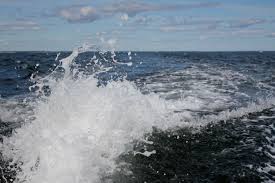 “Cities in Southeast Asia, Eastern Africa and on US West Coast need to act on sea-level rise most urgently”

[Leioa (Spain), 4th May 2017] For people and insurance companies alike, it is the extreme events – with low probability but highly damaging – that are the most devastating. Storm Desmond, for example, flooded northwestern areas of the UK in 2015, and Hurricane Katrina wreaked catastrophe on New Orleans in 2005. The same is true when it comes to future sea level rise. Now a study assesses coastal flood risk from sea level rise for 120 major coastal cities, and shows which cities are most vulnerable to extreme events.

Since 1900 global average sea level has risen by around 1.7mm per year. Recent satellite measurements show that the rate of rise has ramped up to around 3mm per year. Melting ice-sheets and thermal expansion of a warming ocean will continue to add to this trend, and projections indicate that by 2100 global mean sea level is likely to be between 44cm and 74cm higher relative to the period 1986 – 2005. But these averages don’t tell us anything about the extremes.

Ibon Galarraga, Luis Maria Abadie and Elisa Sainz de Murieta from the Basque Centre for Climate Change in Spain decided to analyse low probability, high-risk coastal flooding events, by studying probability distributions of future sea level rise under three different IPCC emissions scenarios (RCP 2.6, 4.5 and 8.5), for 120 major coastal cities around the world. In each case they calculated the potential damage from 2030 through to 2100, considering both the damage from a coastal flood falling within the 95th percentile of probability, and the average damage incurred in the remaining 5% worst case scenarios.

By 2050 the Chinese city of Guangzhou tops the table for cities that would suffer the greatest damage from an extreme coastal flood, the team’s results show. Meanwhile, New Orleans, US, comes in second place, despite its mean projection of sea level rise being greater.

“The risk in Guangzhou is higher than for New Orleans because sea level rise in the Chinese city is much more volatile,” said Galarraga. It is these regional differences, in geography, topography and climate that can make all the difference at the extreme end of the sea level rise distribution.

In addition to the physical nature of the cities, the researchers took into account projections of population and the assets at risk of flooding and their monetary value. “Population and GDP are expected to increase in many cities, particularly in developing countries, and this could translate to higher economic losses in the future,” said Galarraga.

As a result, a large number of southeast Asian cities feature high up in the damages table, with Bangkok in Thailand and the Indian cities of Mumbai and Calcutta taking third, fourth and fifth places respectively. The findings are published in Environmental Research Letters (ERL).

Working along similar lines, Gonéri Le Cozannet, from the French Geological Survey in Orléans, France, and colleagues have also been looking at the probability of extreme events, by modelling the uncertainties in sea-level rise projections by 2100 under the RCP 8.5 scenario.

In both studies the scientists concur that we need to worry about the kind of events that would cause unacceptable levels of damage. Despite these events being low probability, the cost of them happening would be too high for society to bear. Using 1% of a city’s GDP as an illustrative economic measure of an unacceptable cost, Galarraga and his colleagues identify the cities that they believe need to take most urgent action. “We see that those cities that should start to implement mitigation measures soonest are in Southeast Asia, Eastern Africa and the US West Coast,” he said. “In general, Latin American cities could wait until 2050, with a few exceptions, and European and Australian cities (again, with some exceptions like Rotterdam), would have more time.”