Sérgio H. Faria appointed as one of the four new Associate Chief Editors for IGS journals 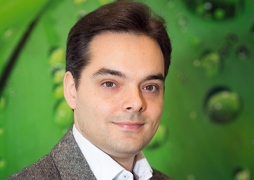 “Sérgio H. Faria , Ikerbasque Research Professor  and  Ramon y Cajal Fellow at BC3, is one of the four new Associate Chied Editors for IGS journals ( Journal of Glaciology and Annals of Glaciology)”

The International Glaciological Society (IGS) was founded in 1936 to provide a focus for individuals interested in glaciology, practical and scientific aspects of snow and ice. It was originally known as the ‘Association for the Study of Snow and Ice’. The name was changed to the ‘British Glaciological Society in 1945. With more and more non-British glaciologists attending its ‘readings’ and submitting papers for publication, the name was changed to the ‘Glaciological Society’ in 1962 and finally the Society acquired its present name in 1971. The IGS publishes the Journal of Glaciology, Annals of Glaciology and ICE, the news bulletin of the IGS. The Journal of Glaciology won the ALPSP/Charlesworth Award for the Best Learned Journal of 2007.

Journal of Glaciology publishes original articles and letters concerning scientific research into any aspect of ice and snow, and interactions between ice, snow, climate and other environmental phenomena including the biosphere and permafrost. Research techniques described in the Journal include, for example, field studies, remote sensing, computer modelling, laboratory studies, etc. Research topics include the nature of and changes in mountain glaciers and the Antarctic, Greenland and other smaller ice sheets. For example, ice cores extracted from the glaciers and ice sheets reveal detailed information on past atmospheric composition and climate, and changes in the extent and thickness of the ice sheets are also related to climate change. The physical, chemical and crystalline properties of ice and snow are also included, especially as they relate to the flow of ice and to past climate. The Journal also publishes studies of sea ice, and of icebergs, along with their interactions with climate on shorter time scales, and with the ocean. Snow and avalanche research is included in the Journal, with several recent articles investigating avalanche dynamics. Snow and ice on other planets is also within the realm of the Journal of Glaciology, as are studies of atmospheric ice.

Physicist by training and transdisciplinary researcher by conviction, I am committed to applying my expertise in mathematical physics to the fascinating questions of glaciology and climate change. My ultimate objective is to understand the multiscale processes that control the properties and dynamics of complex natural systems, including glaciers, ice sheets, sea ice and icebergs.

Working at BC3, the Basque Centre for Climate Change (Spain), I investigate the impacts of climate change upon Earth’s environment and society. Additionally, as Adjoint Presidential Professor at the Nagaoka University of Technology (Japan), I help to incite the interest of young engineers in global environmental challenges. I hold a Dr.rer.nat. from the Darmstadt University of Technology (Germany) and a Master and Bachelor in Physics from the Federal University of Paraná (Brazil). Before joining BC3 as Ikerbasque Research Professor in 2011, I spent more than twelve years in several German research institutions, including the Universities of Darmstadt and Göttingen, the Max Planck Institute for Mathematics in the Sciences, and the Alfred Wegener Institute for Polar and Marine Research. I have also performed research in Antarctica and Greenland several times, in particular as ice-core scientist during the EPICA–DML deep-drilling expeditions 2003 and 2005 to Kohnen Station (75º00’S, 00º04’E), Antarctica.

I joined Journal of Glaciology in 2012, first as Scientific Editor, and now as Associate Chief Editor. It is a pleasure to collaborate with so many brilliant scientists and help contributing to the excellence of this pioneering and prestigious journal, which has been playing a leading role in the promotion of Glaciology as a modern, exciting, and multidisciplinary field.

In January 2016 Journal of Glaciology and Annals of Glaciology became fully Gold Open Access.  This means all articles published in the 2016 volumes and beyond will be published on an Open Access basis enabling free access for all to these leading earth science journals.