ASSETS project: one of the five “blue skies” projects funded in 2012 by ESPA/NERC 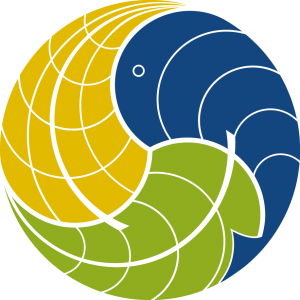 ESPA/NERC  published an independent evaluation of the five “blue skies” projects they funded in 2012, including the  ASSETS project on food security in which BC3 participated.

The overarching aim of the ASSETS project is to quantify the linkages between the ES that both affect, and are affected by, food security and nutritional health for the rural poor at the forestagricultural interface. The project proposes to integrate a suite of complexity tools and cutting edge models with more traditional participatory assessments in the field within a modified version of the Drivers-Pressures- States-Impacts-Response methodological framework to: identify how dynamic stocks and flows of ES at the landscape scale translate to local-level nutritional diets and health; and inform policy makers on how future land use and climate change will affect both food security and the ecosystem services associated with it.

The project is not yet completed, and the major summative findings are still in progress, with over a dozen publications forthcoming in the next year. The overarching aim of ASSETS is to enhance food security at the FAI. The complex dynamics between forest-dwelling communities
(often indigenous), mixed-livelihoods communities, and agricultural and commercial communities are measured in three contexts where deforestation is in a different stage. The overarching lessons that have emerged include:
• Safe operating spaces for usage of natural resources at the FAI can be modelled and extrapolated across different contexts and different stages of deforestation.
• Policy-makers can use, and often value complex modelling systems for human environmental impacts.
• Well-positioned partners (particularly politically) can influence policy and drive research into use.
• Interdisciplinary research can achieve greater breadth of impact, as well as mitigating risks where receptivity to change is unpredictable.
• A semantic and orthogonalised definition of key variables is fundamental to modelling complex systems and requires intensive interdisciplinary collaboration.
• ES management depends on regulatory frameworks that account for livelihoods as well as environmental impact (cf. charcoal value chain in Malawi).
• Localised impacts require reflexivity and responsiveness to the needs of the local communities.
• Rigorous quantitative methods that account for human behaviour and livelihoods suggest that the benefit of preserving forests in areas with already high deforestation is limited compared to the more forested Amazonia contexts.
• Human wellbeing and variable beliefs systems around land use, ownership and value of natural resources can be accounted for in complex modelling systems, allowing for greater understanding of divergent worldviews.

The largest anticipated impact of ASSETS is in the use of the ARIES modelling system to inform policy decisions in a broad range of contexts and for a broad range of humanenvironmental ecosystem interactions. It is difficult to anticipate currently how widely the modelling platform will be used, except that key stakeholders around the world (including the field research sites) have expressed interest in ARIES. For example, the Ministry of Gender in Malawi has already made use of the data underlying this system for decision making on social cash transfer projects in Zomba district. Preparing political partners for data-based decisionmaking has paved the way for ARIES usage.
On-going use clearly will depend upon factors other than ARIES accuracy and effectiveness in modelling interactions between different actors. Political realities, and the broader enabling environment around ecosystems management, will affect the extent to which ARIES is used for
decision-making. In particular, use of ARIES is likely to depend on the extent to which decision-making is devolved and the ways in which stakeholders understand the complexity of changes taking place. Nevertheless, seen through the perspectives of modelling power or
relevance, this tool exceeds any other ES management tool currently available. ARIES presents a step change in the capacity of non-experts to engage with complex human environmental interactions in ecosystems. The extent to which ARIES will change the accessibility of highly complex modelling can hardly be exaggerated: it is anticipated that the tool will lead to seminal shifts in policy-making frameworks and ES management processes. The contribution of lead PI Fernando Villa, who has led the ARIES component of ASSETS, and has written the majority of its source code, can hardly be exaggerated. While the project is not yet completed, it will soon be integrated with a user-friendly web interface which can be accessed by non-specialists.
Miroslav Honzák, one of the project’s PIs, anticipates that “CI’s close relationships with policymaking bodies such as the Ministry of Environment and the National Planning Department (DNP) will, based on the project’s findings, lead to inclusion of relevant policies on ecosystem services into regional development plans for the Colombian Amazon”.