BC3 gained the European Commission’s HR Excellence in Research Award 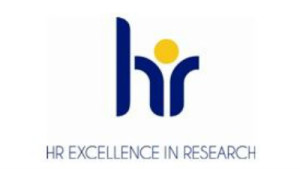 BC3 gained the European Commission’s HR Excellence in Research Award

BC3 endorsed the European Charter for Researchers and The Code of Conduct for the Recruitment of Researchers (C&C) principles in November 2013 and in April 2015 was recognized with the “HR Excellence in research” award.

The European Commission adopted the European Researchers’ Charter and the Code of Conduct for Researcher Recruitment , drafting two documents aimed at researchers as well as employers and providers of public and private sector funding. Both documents have become key elements of European Union policy, making research an attractive career and stimulating economic growth and employment in Europe.Specifically, the European Charter for Researchers outlines the functions, responsibilities and rights of investigators and their employers. The aim is to ensure that the relation between these parties contributes to successful performance in the generation, transfer and shared use of knowledge, as well as the professional development of researchers from the early stages.Moreover, the Code of Conduct for the hiring of researchers was drawn up to improve enrolment, so that selection procedures are fair and transparent. The researcher’s merit should be measured not only by the number of publications, but also by a wider range of evaluation criteria such as education and teaching, supervision, teamwork, knowledge transfer, management and public awareness-raising activities.To help accommodate the research institutions to the Charter and Code principles, the Commission set out a procedure through which those institutions interested in including them, could design their own Human Resources (HR) Strategy.

HR Excellence in Research Strategy in BC3

The initiative of defining and deploying this Strategy is carried out in collaboration with the Commission and other institutions, members of the pilot group, including the other institutions that already have this acknowledgement and those in the process of obtaining it, which constitutes the best forum for exchanging and sharing best practices.The first step of the procedure proposed within this framework is the preparation of a rigorous Internal Analysis. As starting point, in November 2013, BC3 decided to commit with the Internal Analysis process of the “HR Strategy for Researchers” (HRS4R) fostered by the European Commission. Following, BC3 published the Strategy of BC3 implemented in the Action Plan 2015.

After undergoing the evaluation process, the European Commission approved the Strategy proposed and in April 2015 was recognized with the “HR Excellence in research” award.