BC3 Seminar: Accounting for multi-model ensemble dependence and the Ensemble Dependence Transformation: an application to climate projection. 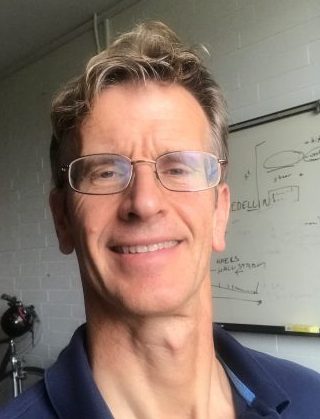 BC3 Seminars
“Accounting for multi-model ensemble dependence and the Ensemble Dependence Transformation: an application to climate projection.“

We introduce the “replicate Earth” ensemble interpretation framework, based on theoretically derived statistical relationships between ensembles of perfect models (replicate Earths) and observations. We transform an ensemble of (imperfect) climate projections into an ensemble whose mean and variance have the same statistical relationship to observations as an ensemble of replicate Earths. We use a ‘perfect model’ approach to test whether this Ensemble Dependence Transformation (EDT) approach can improve 21st century CMIP projections. In these tests, where 21st century model simulations are used as out-of-sample ‘observations’, the mean square difference between the transformed ensemble mean and ‘observations’ is on average 30% less than for the untransformed ensemble mean. In addition, the variance of the transformed ensemble matches the variance of the ensemble mean about the ‘observations’ much better than in the untransformed ensemble. Results show that the EDT has a significant effect on 21st century projections of both surface air temperature and precipitation. It changes projected global average temperature increases by as much as 16% (0.2C for B1), regional average temperatures by as much as 2.6C (RCP85) and regional average annual rainfall by as much as 410mm (RCP60). In some regions, however, the effect is minimal.

Professor Craig Bishop was born in Melbourne and was awarded a bachelor’s degree with honours and a PhD in Applied Mathematics from Monash University. Prof Bishop’s innovative ensemble-based data assimilation and ensemble-forecasting techniques are now used by leading environmental forecasting agencies such as the European Center for Medium Range Weather Forecasting, the UK Met Office, the German weather service, the Swiss weather service, the US National Weather Service, the US Navy and the Japanese, Korean and Brazilian Meteorological agencies. After completing his PhD, he was a post-doc at the University of Reading where he was awarded the Royal Meteorological Society’s L.F. Richardson prize for his PhD work on the dynamics of baroclinic waves in deformation fields. He then worked as a visiting scientist at the NASA Goddard space flight center where he received the Universities Space Research Association, 1994 Excellence in Scientific Research Award. This was followed by an appointment to the faculty of the Pennsylvania State University’s prestigious Department of Meteorology – then the largest atmospheric science department in the United States. There he was granted early tenure and promotion. However, to obtain a better understanding of the operational weather prediction problem, he left Penn State for the Marine Meteorology Division of the Naval Research Laboratory in Monterey, California. There he was awarded six outstanding contribution awards, three NRL Alan Berman publication awards, and one NRL Edison patent award. He returned to Australia as Professor of Weather Prediction at the University of Melbourne in June 2018. He is a founding co-chair of the World Meteorological Organization’s Working Group on Predictability, Dynamics and Ensemble Forecasting. He is an associate editor of the Quarterly Journal of the Royal Meteorological Society. He served as chair of the Science Steering Committee of the Joint (NASA, NOAA, US Navy, US Air-Force, National Science Foundation) Center for Satellite Data Assimilation from 2007 to 2010. He was elected to the International Commission on Dynamical Meteorology in 2010 and as a Fellow of the American Meteorological Society in 2012. In 2015, he served as the PhD student elected Distinguished Visiting Scientist of the University of Reading’s internationally renowned department of meteorology. His current research mainly focusses on the data assimilation science of using models, observations and advanced estimation theory to initialise ensemble forecasts and to identify and account for systematic and stochastic aspects of model error in ensemble forecasting.