Research by BC3 researchers, Iñaki Arto and Anil Markandya, mentioned in Juncker’s State of the Union address of 13 Sep 2017 “Every additional €1 billion in exports supports 14,000 extra jobs in Europe” 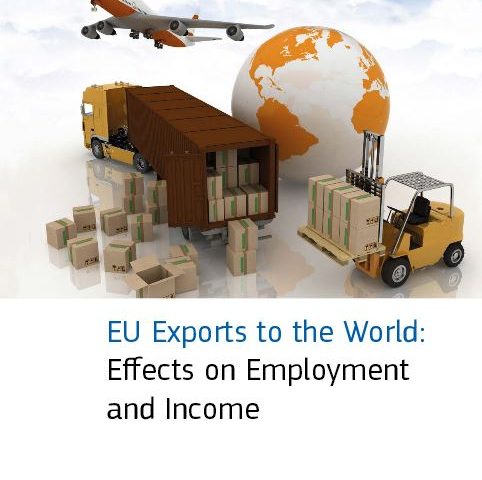 Jean-Claude Juncker, President of the European Commission, in his State of the Union of 13 September 2017, has referred for the second consecutive year to the report “EU Exports to the World: Effects on Employment and Income” authored by BC3 researchers, Dr. Iñaki Arto and Prof. Anil Markandya.

Jean-Claude Juncker  had already mentioned this report on the previous, State of the Union address, 14 Sep 2016, and stated that the report by “Arto I., Rueda-Cantuche, J.M., Amores, A. F., Dietzenbacher, E., Sousa, N., Montinari and Markandya, A. (2015). “EU Exports to the World: Effects on Employment and Income”.Luxembourg: Publications Office of the European Union” is a telling example of research having an impact.

“On 13 September, in his annual State of the Union address, President Jean-Claude Juncker stated: “I want us to strengthen our European trade agenda. Yes, Europe is open for business. But there must be reciprocity. We have to get what we give. Trade is not something abstract. Trade is about jobs, creating new opportunities for Europe’s businesses big and small. Every additional €1 billion in exports supports 14,000 extra jobs in Europe. Trade is about exporting our standards, be they social or environmental standards, data protection or food safety requirements.”

First reference to the report done by Jean-Claude Juncker in 2016:

Second reference to the report done by Jean-Claude Juncker in 2017: