BC3 Lunch Seminar: How do trees “handwrite” and manage to communicate with us? 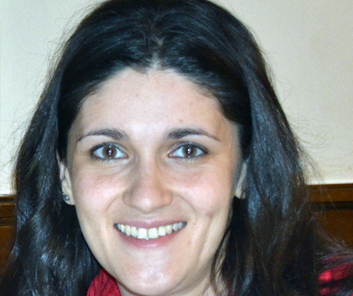 BC3 Lunch Seminar programme
“How do trees “handwrite” and manage to communicate with us? “

Handwriting is a human attributed characteristic, being widely accepted that the oldest writing dates around 3400 BC. But actually trees “invented handwriting” first … about 390 million years ago when conifer trees appeared, and they have been writing ever since. Each year trees form new wood cells that arrange in concentric circles forming what we call annual tree-rings, which is their way of “handwriting” and communicate with us. It was in the early 1900s when the astronomer Andrew E. Douglass managed to cipher tree-rings “handwriting”. Douglass was studying solar variability and its potential effects on Earth’s climate, but his research was limited by the shortness of weather data available, when he realized that the tree-rings of the long-lived pines that grew in the area may have registered absent weather records. Sequences of wide and narrow tree-rings gave Douglass a record of wet and drought periods stretching back centuries, and allowing him to be named the father of dendrochronology, the science that studies the chronological sequences of tree-rings. Ever since we know that the wideness of each tree-ring depends, among other factors, on the climatic conditions. Thus, tree-rings are widely used proxies to study long term tree-growth climate relationships, as they faithfully register events to which the trees have been exposed to during their lifetime. Specifically, tree-rings represent natural archives of information, covering from decades to thousands of years depending on the tree species, based on which the past responses to environmental events of a tree can be reconstructed. As trees growing in the same area are similarly influenced by the variability of the external factors, their annual tree-rings measurements can be combined and compared resulting in patterns that might explain different sensitivities to environmental variability, and that characterize trees that are particularly likely to die.