BC3 participates in the new European project BIOTraCes 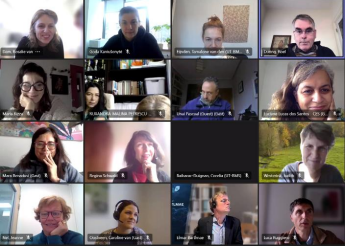 The new BC3 EU-funded project Biodiversity and Transformative Change for plural and nature positive societies (BIOTraCes) which has just begun aims to boost biodiversity across Europe. To tackle nature-related, societal and local policy issues, researchers will perform nine case studies across Europe.

The results of this project will be summarised in a Theory of Transformative Change, providing a profound understanding of the interaction of society and nature.

The BIOTraCes research team will examine how societal values such as culture, religion and economy lead to potential power lock-ins and leverage. This will be the basis for understanding the behavioural patterns which have caused the dramatic loss of biodiversity throughout Europe.

Unai Pascual, Ikerbasque researcher at BC3, is one of the lead researchers of the project and will co-lead various tasks including the development of the theory of change of the project with a transdisciplinary lens. BC3 will also lead a case study in Vitoria-Gasteiz (European Green Capital 2012) in the Basque Country.

The case study of Vitoria-Gasteiz will focus on the effects of enhanced connectivity to biodiversity in early stages of school education in forming sustainability values on youth groups.

“The values about nature form in young age via knowledge and direct experimentation with nature is an under-researched topic. Early education systems based on standard schools typically offer formal knowledge about nature but often allow limited connectivity to nature, which represents a gap between knowledge and practice/experimentation in daily routines and habits. Our research will connect with what is occurring in many school systems in Europe that have begun to rewild schoolyards to offer pupils a direct connection with nature (plants, insects, etc.)“. (Unai Pascual, Ikerbasque researcher at BC3)

BC3 will work in Vitoria-Gasteiz together with the city council which is spearheading the transformation of schoolyards in the Basque Country through novel participatory approaches for pupils to have a more direct connection with urban biodiversity. BC3 will also collaborate with local partners involving research organisations, public administration and civil society groups.