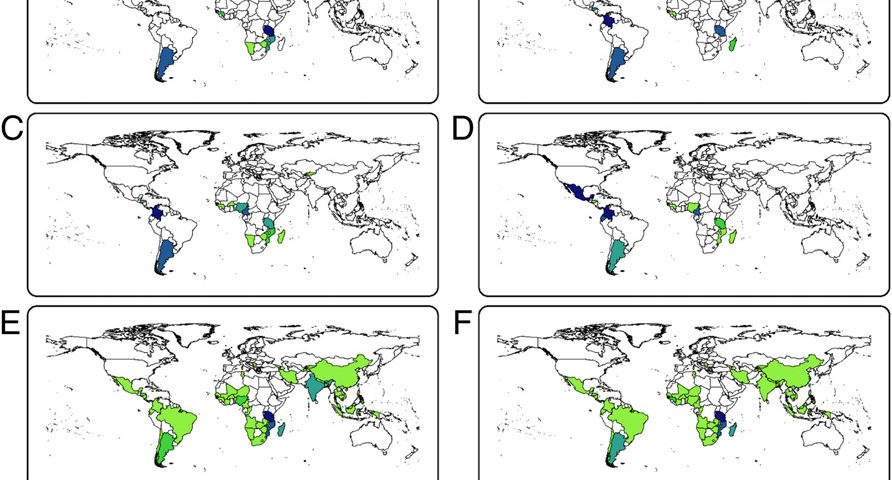 Ignacio Palomo, BC3 researcher, spearheaded the study, published in the prestigious journal, PNAS, of the US National Academy of Sciences, with the participation of María José Sanz, Scientific Director of the centre, researcher Unai Pascual, and three other French researchers of renowned prestige.

This pioneering study analyses how including equity in the global distribution of funds for the United Nations collaboration programme for reducing emissions from deforestation and forest degradation in developing countries (REDD+ programme) affects the programme’s climate objectives of reducing deforestation and conserving biodiversity.

Climate change and biodiversity conservation are the two great environmental challenges of our age. One of the greatest social challenges is equity, which, in addition, is one of the basic pillars of the United Nations’ 2030 Agenda and the Sustainable Development Goals (SDGs). Previous studies have analysed the relations between climate change and biodiversity, showing a positive correlation between both variables. However, to date, analysis has barely been done on how social aspects – in this case, equity – can affect the global distribution of funds for the REDD+ programme, and what consequences this will have on the goals of reducing deforestation and conserving biodiversity.

The research done seeks to contribute to high-level discussions on the distribution of REDD+ programme “results-based payments” (which “reward” the reduction of deforestation). The development of tools to feed information into REDD+ programme discussions and forecast the impact of different possible fund distributions is fundamental to transparent and scientifically informed decision-making worldwide.

Ignacio Palomo (Madrid, 1980), PhD in Ecology and the Environment, is a post-doctoral researcher of the Basque Centre for Climate Change (BC3) and associate researcher of the Socio-ecosystems Laboratory of the Autonomous University of Madrid. His research focuses on the relationship between human beings and nature and transition towards sustainability to preserve biodiversity and mitigate climate change. He specialises in socio-ecological systems in mountain areas. Ignacio is the main author of the Intergovernmental Science-Policy Platform on Biodiversity and Ecosystems Services (IPBES), a member of the Global Young Academy and an executive committee member of the Young Academy of Spain. In addition, Ignacio forms part of the commission on protected areas of the United Nations International Union for the Conservation of Nature (IUCN). He has been a recipient of the Franco-German Make Our Planet Great Again funding programme. He received the extraordinary doctorate award from the Autonomous University of Madrid. He has published over 40 scientific articles in academic journals, as well as several informative books and articles.